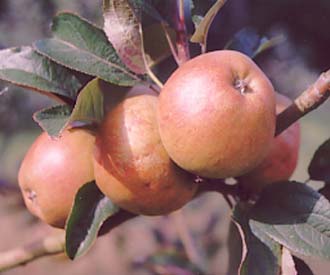 A Sweet apple from Ireland said to taste like a banana.

Pollination: Ard Cairn Russet is self-sterile and would require a pollinator to produce a crop.  Pollination partners