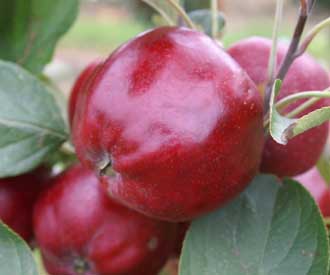 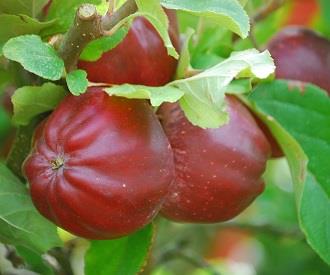 PreviousNext
A legendary dark red dessert apple from Scotland with some red flesh.

Pollination: Bloody Ploughman is self-sterile and would require a pollinator to produce a crop.  Pollination partners

History and description of Bloody Ploughman

Arose in Carse of Gowrie, Scotland. First recorded in 1883. There is a colourful story behind the rather strange name. A ploughman was caught stealing apples from the Megginch estate and shot by a gamekeeper. His wife threw the stolen apples on a rubbish heap. One of the seedlings which arose was resued and gave rise to the variety which was named after the unfortunate ploughman.