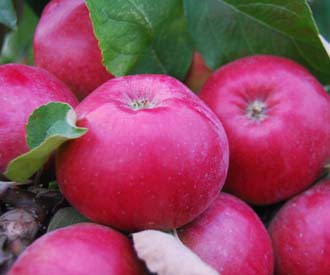 Pollination: Bismarck is partially self-fertile and would produce some crop without a pollinator but would benefit considerably from a pollinator.  Pollination partners

History and description of Bismarck

An old Australian variety dating from c1870 which is believed to have either originated at the German settlement of Bismarck in Tasmania or raised by F Fricke, a German settler at Carisbrooke, Victoria. Awarded RHS First Class Certificate 1887. Grown in Victoria and also in Europe until 1930's.