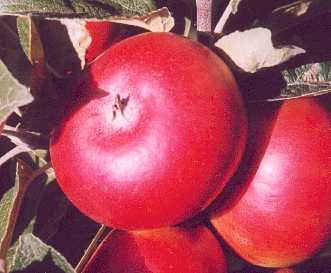 Pollination: Devonshire Quarrenden is partially self-fertile and would produce some crop without a pollinator but would benefit considerably from a pollinator.  Pollination partners

History and description of Devonshire Quarrenden

First recorded by John Worlidge in 1676. Thought to be a native of Devon but possibly introduced from France taking its name from Carentan in Normandy. A popular early dessert variety in Victorian England which, until its decline in the 1890's, was widely grown and sold in markets as 'Quarantine'.