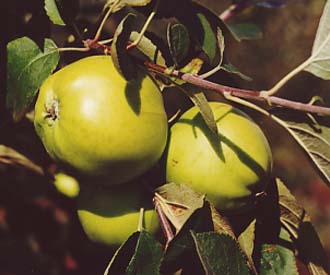 Pollination: Early Victoria is partially self-fertile and would produce some crop without a pollinator but would benefit considerably from a pollinator.  Pollination partners

History and description of Early Victoria

Raised from a Lord Grosvenor x Keswick Codlin by William Lynn of Emneth, Cambridgeshire, UK. Introduced by Mssrs Cross of Wisbech as Emneth Early. Awarded a First Class Certificate by the RHS in 1899. It was adopted commercially in the early 1900's and became known as Early Victoria. It is now no longer grown commercially but remains a popular garden variety.