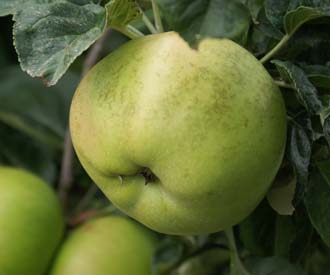 One of the best early season cooking apples with a very attractive blossom.

Pollination: Arthur Turner is partially self-fertile and would produce some crop without a pollinator but would benefit considerably from a pollinator.  Pollination partners

History and description of Arthur Turner

Arthur Turner apple was raised by Charles Turner, a nurseryman from Slough, Berkshire, UK. It was originally named Turner's Prolific in 1912 when it won an Award of Merit from the RHS. It was renamed Arthur Turner in 1915.