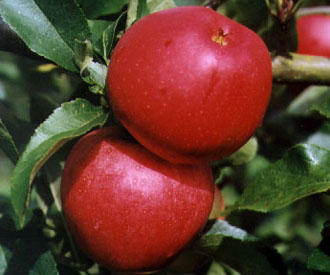 One of the most widely grown and popular commercial apples.

Pollination: Gala is partially self-fertile and would produce some crop without a pollinator but would benefit considerably from a pollinator.  Pollination partners

History and description of Gala